About the Bank Featured Articles Latest Articles All Articles

Energy Medicine
A Career
for the Future

Contribute
to The Energy Medicine Institute

THIS WAS THE LINK TO THIS PAGE IN THE NAV BOX:
Interview with EMI’s Mental Health Coordinator about the APA’s Position 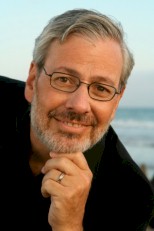 Interview with David Gruder, Ph.D.
Dr. David Gruder, a clinical psychologist, is the Mental Health Coordinator of the non-profit Energy Medicine Institute. As the Founding President of the Association for Comprehensive Energy Psychology in 1999, he has been a pioneer in applying insight and techniques from time-honored healing traditions for enhancing mental health. His latest book, The New IQ, is the winner of six major awards, including the U.S. Book News Best Social Change book of 2008.

EMI: You take the position that the ban on the teaching of Energy Psychology is irrational and unwarranted. Why?

DG: PTSD is a mental health epidemic that disrupts the lives of more than five million people in the United States, and we are producing new victims of this debilitating condition at an unthinkable rate in the wars in Iraq and Afghanistan. Conventional therapies have not been particularly effective in helping these individuals. Less than one in ten veterans who seek care for PTSD from the Department of Veterans Affairs actually completes the treatment as recommended. Now there is a therapy that appears, in a series of clinical studies, to be more effective than conventional treatments. The APAs mandate is, at its core, to be a force in improving the countrys psychological health. The organization should be shouting from the rooftops about this new clinical development. Instead it has persisted for over a decade in putting up roadblocks to informing its 150,000 members about the approach.

What exactly is the technique being banned by the APA?

Energy Psychology involves procedures such as tapping on acupuncture points at the same time that a traumatic memory or stressful trigger is brought to mind. The technique appears to send signals in the brain that counteract the stress response. It has been shown to be effective with a range of disorders, from simple phobias to irrational anger to severe PTSD.

Where did the ban come from?

In fairness, the APAs job is to serve as a gatekeeper. New therapeutic techniques are continually being introduced, and it is the APAs proper role to tell the public which are valid, based on scientific findings. When psychologists started treating mental health conditions by tapping on acupuncture points, the technique seemed very strange. It had no research support. No plausible explanations of how it worked were available. So it is not surprising that the APA sent a memo announcing the ban to its Continuing Education sponsors. This was 1999. Since that time, however, a growing body of solid research and a tremendous amount of clinical experience has been showing that the approach is surprisingly effective. But the APA has not budged on its position and, in fact, seems to have dug in, as if the new evidence threatens established ways of treating mental illness. And, of course, it does.

Who is asking for the policy to be changed?

The Association for Comprehensive Psychology (ACEP) is an 850-member professional organization comprised primarily of clinicians and researchers. ACEP has been actively trying to get the APA to lift the ban since it was announced more than a decade ago. Within the APA itself, some 75 of its members have started a petition to form a new APA division that is dedicated to the study, practice, and dissemination of the new approach.

What is the new evidence and what does it show?

Increasing numbers of articles and reports documenting the effectiveness of carefully administered Energy Psychology techniques have been appearing.

This past April, the results from a “randomized controlled trial”  the gold standard in health care research  were presented at the prestigious Society of Behavioral Medicine Conference in Seattle. The data show that PTSD symptoms were dramatically reduced in 49 military veterans. Forty-two of them, an almost unheard of 86 percent, no longer scored within the PTSD range after six sessions. There was only one drop-out. The gains persisted at 6-month follow-up. Compare this with the 9 of 10 drop-out rate in VA programs.

These treatment results, 86 percent no longer in the PTSD range after only six sessions, are also far stronger than the outcomes reported for conventional treatments such as Cognitive Behavior Therapy. In studies of conventional PTSD treatments, a 50 percent success rate with those who complete a twelve-session program is considered a highly favorable response.

What is the APA saying? What is their position on the treatments?

This is the APAs fourth ruling in just the past two years denying ACEPs requests to provide psychologists continuing education credit for studying the approach. Theyve rejected two applications, a request for reconsideration, and most recently a formal appeal. The APAs reasoning is difficult to discern from the documents announcing the denials. Their responses fail to address the fact that the preponderance of emerging research evidence shows the approach to be effective. They instead emphasize that the approach is “controversial” while ignoring the published evidence except to take issue with a few fine points on research design. Ive reviewed the proceedings, and by any objective evaluation, ACEP has met every one of the APAs published standards for CE credit approval many times over. The APA, meanwhile, has yet to provide a rational explanation of where the ACEP application falls short. But their ruling, of course, stands.

Why is it important and who could benefit?

By 2006, more than 300,000 veterans from Iraq and Afghanistan were already suffering with PTSD and its symptoms, such as flashbacks, insomnia, nightmares, fractured relationships, and inability to concentrate or hold a job. In addition there are untold numbers of PTSD sufferers who have been victims of violent crimes, accidents, or emotional or sexual abuse. Energy Psychology may well be the most important non-drug therapy developed in recent years offering relief to people facing such challenges.

A number of recent studies, such as the Society of Behavioral Medicine report, show that Energy Psychology treatments produce stronger outcomes than those found for other PTSD treatments. In the past few years more than two dozen papers on Energy Psychology have appeared in peer-reviewed mental health journals, most of them showing highly favorable outcomes in systematic studies of the method.

In short, were long overdue for strongly encouraging mental health professionals to learn about how to use these techniques in their practices.

Are you saying there is a willful and intentional denial on the part of the APA professionals who are failing to approve the applications for CE approval?

It appears that there are people within the hierarchy of APA who are defending an outmoded position by denying or not bothering to become informed about data that show these techniques to be unusually effective. Some of their resistance is easy to understand. Energy Psychology uses techniques adapted from Traditional Chinese Medicine. It is a different paradigm from anything in the training or background of most conventional psychologists. It also looks silly to be tapping on the skin while repeating phrases that bring up difficult memories. How could such voodoo help overcome psychological problems? To make matters worse, early claims by the fields proponents ran way ahead of the research support, which is only now coming in.

With the new findings, however, showing that these techniques not only work but that they are quicker and more effective than approved approaches, I believe that continuing the ban is inexcusable. The APA is officially refusing to face the fact that Energy Psychology is providing people with powerful help. Im sure it is only a narrow group of conventionally-minded bureaucrats and committee members within the organization, but they are controlling what other professionals will read and study.

The policy is not only actively blocking psychologists from learning how to use the tools responsibly. The APAs positions on such matters reverberate throughout the mental health community, so ultimately theyre hurting hundreds of thousands of people by interfering in the processes that would lead to them receiving the best treatments available. Beyond that, due to a growing demand for Energy Psychology methods, the APAs blockade is having the unintended effect of causing the public to seek assistance with complicated issues like PTSD from practitioners who are not sufficiently trained in treating serious disorders. It is driving the public away from psychologists and toward people who have learned how to tap on acupuncture points without also having the years of study required for a comprehensive clinical background.

Are there other supporters for Energy Psychology in the APA?

There is also growing acceptance in professional groups outside of the APA. ACEP itself is an approved continuing education provider for social workers, certified mental health counselors, drug & alcohol counselors, and nurses. Numerous health and mental health bodies have long recognized acupuncture, acupressure, and similar practices as valid treatments. The field of integrative medicine, one of the most important developments in health care, is also actively utilizing such methods.

Whats the right outcome here? What should the APA do?

Those within the APA who are maintaining the ban need to take their heads out of the sand and recognize the validity of the evidence before them. They are doing tangible harm by defending a policy that closes the door on one of the most promising clinical innovations of recent years. Tapping on acupuncture points is not only non-invasive; it appears to change the brains chemistry in ways that bring about immediate clinical benefits. To best serve the public, therapists need to keep up with such cutting edge developments and get proper training in them. It is also in the APAs interests to change its position on Energy Psychology. Blocking a promising treatment for our returning veterans gives the appearance, again, that the APA is out of integrity with its commitment to uphold the highest professional standards for promoting the publics welfare.

www.energymed.org
Design, Development, Hosting, and Maintenance by The CyberSide & Co.
All contents copyright © The Energy Medicine Institute, 2001-2017. All rights reserved.